Urgent Call Out To All The Antifacists In Britain

A WHITE PRIDE WORLD WIDE DEMONSTRATION HAS BEEN CALLED BY THE NATIONAL FRONT IN SWANSEA ON THE 5th OF APRIL 2014. THE DEMO IS CO-ORGANISED BY AN UMBRELLA GROUP OF BRITISH WHITE NATIONALIST THAT CALL THEMSELVES ‘FOR RACE AND NATION COLLECTIVE’.

The National Front is on the rise in south Wales. In January 2014, they held their Annual General Meeting in Swansea. This meeting went ahead un-disrupted by any antifascist and/or Antifa.

Since then, people from several areas throughout south Wales have contacted the NF to organise local demonstrations. In one of them, a small group of people confronted them. However, no call out was made nationally.

In March 2013, the first UK-wide White Pride World Wide event was held in Swansea organised by the National Front. Up to 100 fascists attended and although outnumbered, they held a static demonstration with minimal confrontation or disruption. This time, they are trying to make it bigger than last year.

The NF is also part of For Race and Nation Collective: a combination of multiple fascists groups who believe in white supremacy. They are co-organising this demonstration.

If they are not properly confronted again, the city of Swansea is in danger of becoming the White Pride UK Capital. Swansea is becoming the NF capital in Wales, as mentioned earlier. 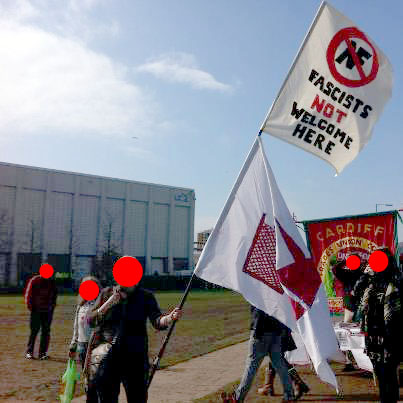 This as we know, must not happen. Fascists should not be welcomed in
Swansea, Wales or anywhere on this planet. We, as anti-fascists in Wales want the National Front and all fascist groups out and out forever.

This is an urgent call out for anyone who identifies as an anti-fascist to come to Swansea on the 5th of April 2014.

This is the time when we urgently need all the support from anyone from anywhere who is against fascism and racism.

Please put the 5th of April 2014 in your diary and come to Swansea to stop the UK’s White Pride World Wide.

See you on the streets! ¡No Pasarán!

We are an independent group of antifa people who live in Wales. Our main objective is to organise resistance against fascism in Swansea. We are currently organising a counter demo.

Quiet a lot of info on last year’s event here and here and this is the Facebook event from last time. The White Pride demo pulled about 60 fascists who were opposed by 300-400 anti-fascists.

The demo was followed in the evening by a Blood and Honour gig hosted at the Valley Commandos Motorcycle Club.

VCMC denied all knowledge of the event’s true nature, but given that their logo is an SS death’s head and they appear to have hosted neo-Nazi events before (see comments here), it does make you wonder… Hopefully they will not be repeating their mistake and hosting Nazis again. 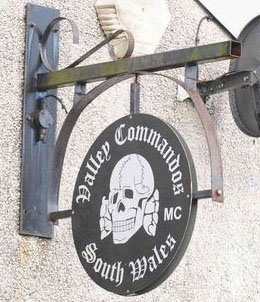 (Callout from Germany) Hamburg next Saturday: No future for the Nazis!

“One of the biggest Nazi marches in Germany takes place next Saturday in Hamburg. Project Antifa gives you the background for the march.

Saturday 2 June, the Nazis under the slogan “Day of the German future – our signal against over immigration,” march in Hamburg. Anti-Fascists have called for the demonstration and blockade – the demonstration will start at 9.30 on Gerhardt Hauptmann-Platz, the square just off the Central Station.

The Nazis tried to get approved an eight-hour march in Hamburg’s city center and the district of Altona. This has been rejected by the authorities because the resistance in these neighborhoods will be too great. Instead, they will demonstrate in the district of Wandsbek, which is not far from Hamburg’s city center. Wandsbek have also been victims of Nazi marches several times in the past. The Nazis have proclaimed that they will be over a thousand participants.

Since 2009, the Nazis tried each year to assert itself in June with “a day for the German Future”. Officially becomes the march organized by the initiative “Future rather than immigration,” which is a grouping of several regions, bringing together both free friendship groups and NPD-wishers from all over northern Germany. Several of the organizers has for decades been the key people in the North German Nazi environment.

The neo-Nazi groups around Hamburg, are closely linked. This is evident when you look closely at who is behind the march. The notifier Thorsten Schuster, a member of the NPD in Hamburg. The current president of NPD-Hamburg Torben Klebe, played an important role in building the militant network Blood & Honour in the area. His deputy in the Hamborgske NPD, Thomas ‘Steiner’ Wulff, one of the ideological authors of the concept behind the free fellowship groups. He was also a reviewer of the first “day for the German future-march” in 2009 in Pinneberg.

A broad initiative with 200 different organizations and support groups, call for demonstration and picketing, including unions migrantiske initiatives, anti-fascist groups, autonomous groups, neighborhood initiatives, student political organizations and fodboldfanklubber from St. Pauli and HSV. Preliminary list of initiatives that support. The initiative leaning “Dresden Nazifrei” who organized the great mass picketing in Dresden, in February. Against this background, they have decided a block code, similar to that in Dresden. 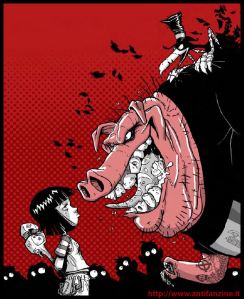 – We use civil disobedience against Nazi march.

– From our side there will be no escalation.

– We are in solidarity with all who share our goal to prevent Nazi march.

Autonomous and anti-fascist groups in Hamburg has convened modaktiviteter the day. In a call they write, among other things:

“Opposition to the big Nazi march in Dresden and Hamburg in 2008, has shown that it is successfully to act in solidarity and commitment. Using a concept which we jointly stand side by side from mass picketing on direct action, as it was in Dresden in February, will be repeated in Hamburg. We are determined to prevent Nazi march! ”

“We want to make Nazi march in Hamburg on 2 June to a failure! We urge everyone to protest and show resistance, no matter by what means you choose. We are in solidarity with all who share our goal to prevent Nazi march. No future for the Nazis – Attacker racist state! ”

The expected anti-fascists from all over Germany and neighboring countries. From several towns people travel by buses, and in Berlin is a common departure by train. It is clear already that the anti-fascist mobilization will be one of the largest in many years, in northern Germany.”

There are direct train service from Copenhagen and Aarhus to Hamburg Central Station. Eurolines has buses to Hamburg.

More info about the anti-fascist activities:

If you need a bunk, then you can contact them here: cchamburg.blogsport.eu