David Lee peters, huntsman of the Ross Harriers hunt, was today found guilty of racially aggrevated harassment and threatening behaviour at Hereford Magistrates Court.  He received fines and costs totalling £3000 and was ordered to pay £200 to the victim of the  abuse.

The convictions relate to an incident from January this year when hunt saboteurs were present to ensure no illegal hunting took place.

Mr. Peters shouted racist remarks about a saboteur to other members of the hunt.  Fortunately he was overheard by an independent witness who called the police.

Mr. Peters conviction comes just weeks after Paul Standen, a supporter of the Ross Harriers, pleaded guilty to assault after punching a saboteur in the face.

Lee Moon, spokesperson for the Hunt saboteurs association,  stated: “Decent people know that racism is completely unacceptable.  The hunting community however appear to be stuck in some kind of time warp where it is still ok to use this kind of disgusting language.  Maybe they would like to join us in the 21st Century  and realise that racism, along with the senseless murder of animals in the name of sport, is something that society no longer tolerates.  We hope the Ross Harriers do the right thing and sack Mr. Peters immediately to show that they do not condone racism” 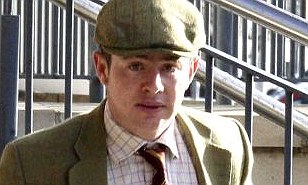 Three Counties Anti-fascists would like to send our solidarity and support to the hunt sabs who go out and oppose these animal abusing scumbags, and racists, every week, especially our local comrades in the Three Counties Hunt Saboteurs. Keep fighting the good fight. 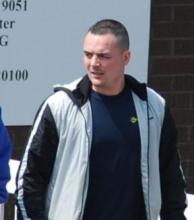 A FORMER Worcester City footballer who posted a racist tweet against immigrants on Remembrance Day has been ordered to pay £600 in fines and costs.

Lee Smith, aged 28, used foul language in the tweet, which called for illegal immigrants to be killed.

The tweet, which referred to the war-based online game Call of Duty, was spotted by a journalist who reported it to police and Smith was arrested.

After he was charged for the offence Smith’s contract was not renewed at Worcester and he has since been unable to find another football club to sign him, magistrates in Cheltenham were told yesterday.

Smith denied posting a racially aggravated, threatening, abusive or insulting tweet which was likely to cause harassment, alarm or distress.

His assertion that he had meant to send two tweets but got them mixed up into one which gave an impression of racism was dismissed by the bench.

In his offensive tweet, on November 11 last year, midfielder Smith, of Arreton Road, Gloucester, said he respected all the heroes of 11/11/11 “but all the illegal foreign ***** should **** off out of out of the country.or Call of Duty could become a reality – kill um”.

Derek Ryder, prosecuting, said: “His use of words including ‘kill um’ showed his hostility towards illegal immigrants.

“And foreigners has been taken as a reference to a racial group in previous cases.”

Smith told police he was not used to using Twitter and thought he had just been talking to friends.

He said he just wanted to give respect to the heroes in the armed services for what they had done, and he did not think it was right that illegal immigrants should be taking jobs from people in this country.

“Call of Duty was nothing to do with that,” he told police. “It was a reference to going online and playing the game with friends later. I meant it to be a different thing. I was not making a reference to killing illegal immigrants and it was not meant to be in the same message.

“I don’t want them to be harmed in any way.

“I’m not very good at Twitter because I have not been doing it very long.”

He said he made the tweet on his phone but had since lost it. Lisa Ellis, defending, said Smith would not be giving evidence.

“Mr Smith had no reason to believe that any person would be caused distress by the tweet,” she said.

“He is not familiar with the site and is not a regular user.”

Finding him guilty, chairman of the bench Mike Stayte said: “The words demonstrated hostility and were abusive and insulting and the reference to Call of Duty was a real threat.” Smith was ordered to pay a fine of £100, victim surcharge of £15 and costs of £500.