It’s only a few days until the English Defence League have their outing to Tower Hamlets, in east London. The EDL claim they are marching ‘into the lions den of militant Islam in the UK.’ There has been much talk on the internet about how they’re going to ‘take’ the area. It is clear that this is simply designed to stir up racial tensions and attempt to divide sections of the working class in the area, as well as get the EDL in the headlines.

Recently there have been calls from certain sections of the media, politicians and some ‘anti-fascist’ campaigners such as Hope not Hate, for the march to be banned. This call has been heeded with Theresa May banning all marches in 5 London boroughs for a 30 day period, on the request of the Met Police.

We do not believe that state repression is the way to defeat the EDL or fascist groups. By calling for the police and state to ban the march we would be embracing and supporting the same apparatus that persecutes many working class people, anti-fascists, social activists and others. We also question the usefulness of a ban; it will not effect the EDL, who still intend to turn up and hold a ‘static demonstration.’ We need to deal with the problem, not brush it under the carpet for it to reappear later.

Instead, 3 Counties Anti-Fascist Alliance fully support the callout from our comrades in Tower Hamlets ALARM for mass street opposition to the EDL mobilisation. As they have stated their intention to turn up anyway, we will be attending to stand alongside other anti-fascists and locals opposing them. Below are some leaflets recently put out by ALARM stating in no uncertain terms what they think of the EDL coming into their community. 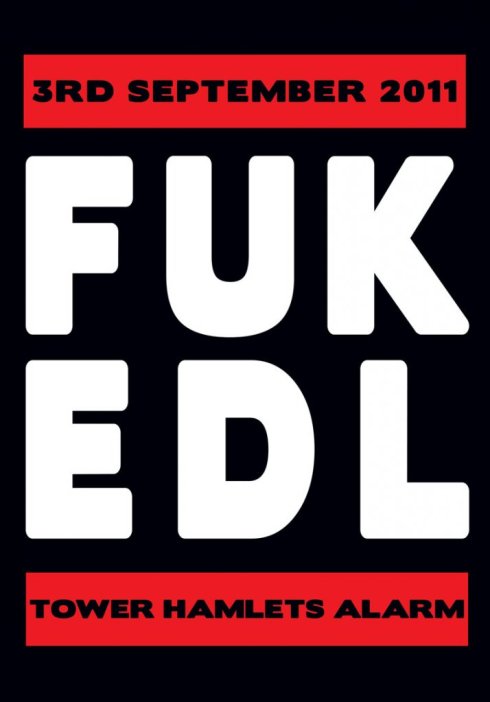 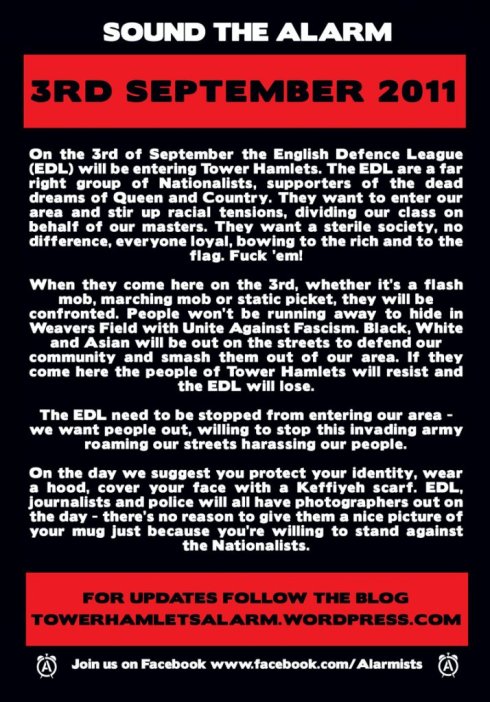