Anti-fascists gather around the UK to oppose EDL/BNP/Infidels

Fascists hiding behind the murder of Lee Rigby gathered in a number of locations throughout the UK today in an attempt to stir up racial hatred amongst communities and fight with the *’commies’ (*anyone that disagrees with them) whilst pretending to lay wreaths for the murdered soldier.

Fascists were thin on the ground in a lot of areas by all accounts.

Antifascists had the numbers.

Anti-fascists out in Leeds 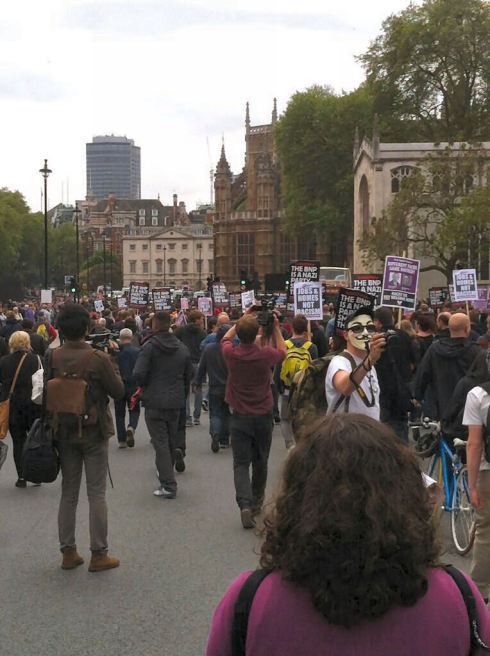 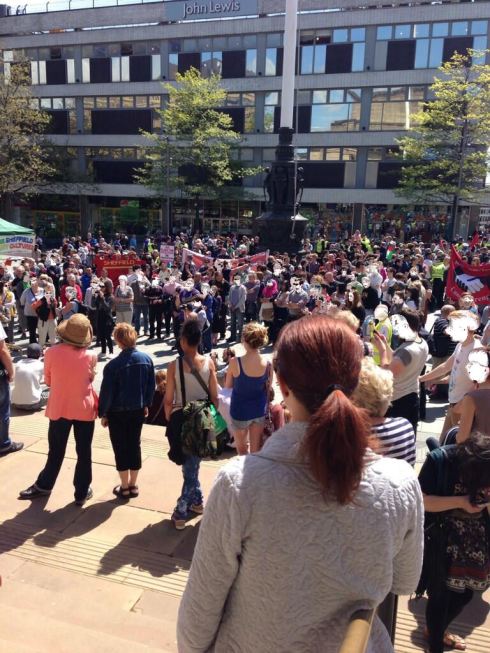 Anti-Fascists out in Sheffield

BNP muppet from Croydon got into difficulties in London 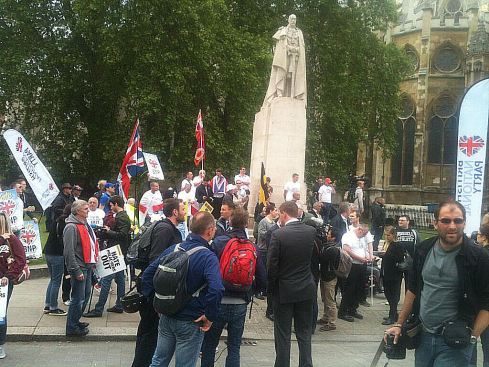 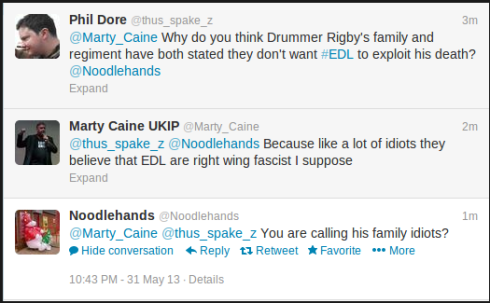 The far right just can’t help dropping themselves in it, every time

Small antifascist presence in Bristol, EDL never turned up at the cenotaph @ 1pm

Belfast: Anti-Fascists out against the ulster defence league 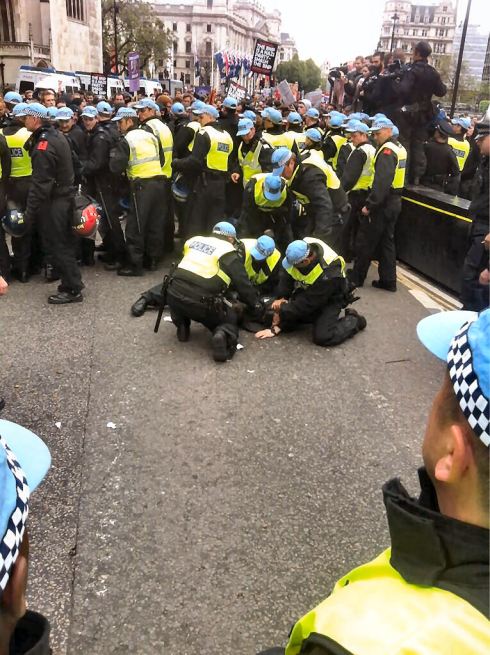 London: Anti-Badger cull protesters unite with Anti-Fascists against the BNP

Above: EDL’s (cough) “Dignified silence” for Lee Rigby in Sheffield 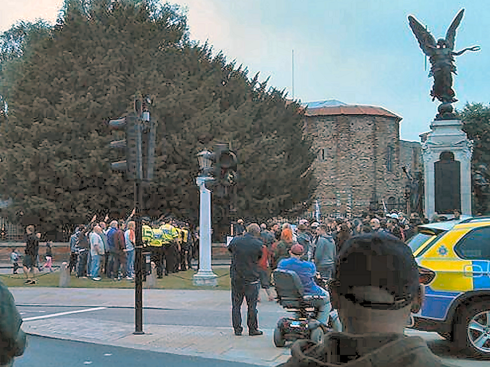 The Cardiff four out to (cough) ‘lay a wreath’. One of the (cough) ‘mourners’ looks strikingly like well known Welsh nazi Luke Pippen, with freshly shaven head. Why would a bonafide nazi be “honouring” Lee Rigby? Pippen blatantly supports those that sent british soldiers to their graves during ww2. 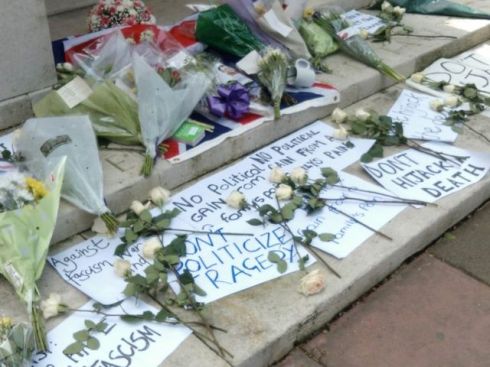