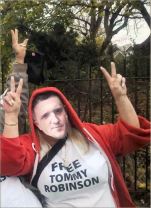 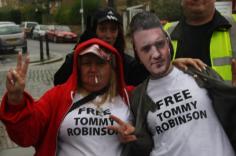 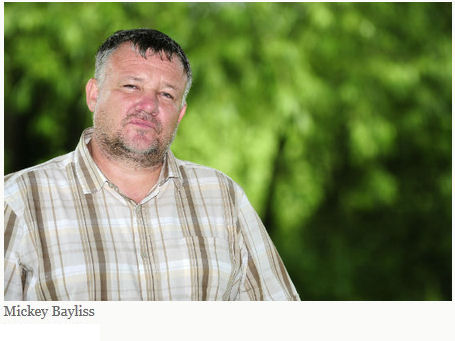 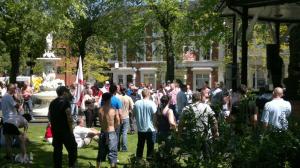 “DESPITE some early unrest and a number of arrests the EDL march passed off largely peacefully. Around 40 EDL supporters gathered for an assembly at the bandstand and about 200 counter demonstrators gathered in Easemore Road.

By the time the assemblies had dispersed there had been only three arrests – one for a breach of the peace and two on suspicion of assault.They were all men and believed to have been attached to the counter EDL demonstration. All three were taken to a police station in Worcestershire.

After listening to speeches at the bandstand, EDL supporters were escorted by police back to the railway station where they had arrived earlier. Counter demonstrators then held a short gathering at the bandstand before dispersing.

Superintendent Adrian Pass of West Mercia Police said: “There were very few problems during the build-up to and during the assemblies and there have been no reports of damage to property. “The success of the operation is due to a number of factors, not least the support from partner agencies who helped in preparing the town for  today’s event and the fantastic co-operation we have had from the public. 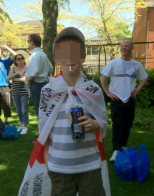 “A significant number of officers and staff were involved in policing the protest and we would like to pay tribute to the professionalism of our colleagues from British Transport Police and neighbouring forces who were involved.

We are grateful for their support.” Superintendent Pass said that in the main supporters of both rallies had been good natured and officers had encountered very few problems. He said: “I realise that this has been a challenging time for everybody but the fact that the demonstrations have passed off largely without incident vindicates the decisions taken by us and our partners while planning our operation.

“What arrests there have been have followed isolated incidents and our officers on the ground responded to these and dealt with them quickly and robustly. “This was a great effort by the whole community and it is a tribute to all those involved that the town is calm and everything is returning to normal so quickly.””

Report taken from The Redditch Advertiser ..pics from elsewhere.

Update – There are now plans to set-up a Redditch Against Fascism group according to this article in The Redditch Standard.